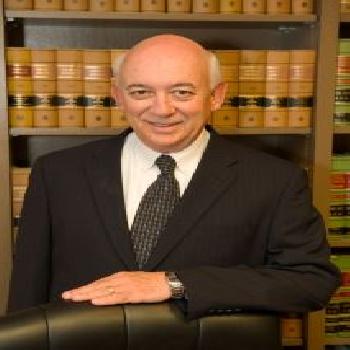 David B. Rechtman, Senior Partner of Rechtman & Spevak, has enjoyed 30 successful years litigating workers’ compensation and Personal Injury accident cases in Georgia, during which he worked hard to protect the rights of those who have suffered because of another persons negligence or because of unsafe working conditions. David has helped thousands of people get the Georgia Workers’ Compensation benefits they are entitled to. As a teen in Atlanta, Mr. Rechtman graduated from Henry Grady High School, and later attended the University of Michigan, Ann Arbor. After receiving a Bachelor of Arts degree in Economics at the University of California, Berkeley, Mr. Rechtman obtained his Juris Doctor degree at UCLA School of Law in 1981. As an adjunct professor at John Marshall Law School in Atlanta, Mr. Rechtman taught Georgia Workers’ Compensation Law. He has actively participated in planning Continuing Legal Education seminars for the Work Injury Law & Advocacy Group and the Atlanta Bar Association-Workers’ Compensation Section, where he served many years on the Board of Directors and eventually became Chair of the organization. Before forming his own law firm in 1987, Mr. Rechtman practiced in the firms of Wilson, Strickland and Benson, Siler and Jonap, and Berger and Rechtman, all of which represented clients in Georgia. In 2014, Mr. Rechtman was named as one of the Nation’s Top 100 Injured Workers’ Attorneys by the Work Injury Law and Advocacy Group. In 2015, he was again named one of the Nation’s Top Injured Workers’ Attorneys by this national organization of attorneys representing injured workers. David is a highly experienced and recognized Workers’ Compensation lawyer in Atlanta. Contact David for a free consultation if you have been injured at work and have questions about your legal options.

Visit our Rechtman & Spevak Google+ Profile and find us on Facebook!