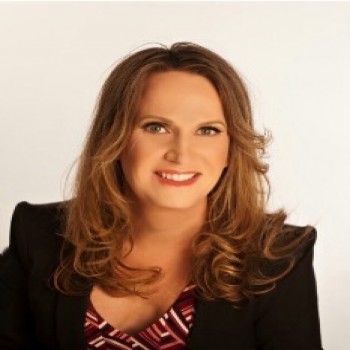 During law school, Kathryn was a judicial extern to Federal District Judge Thomas J. Whelan, served on the “San Diego Law Review,” was a contributing editor to the “Journal of Contemporary Legal Issues,” and a member of USD’s National Moot Court Tax Team.

Her legal career began clerking for the Honorable Louisa S. Porter in the United States District Court, for the Southern District of California.  Following her clerkship, Kathryn practiced complex commercial litigation, serving venture capital and technology clients, for several years. In 2005, Kathryn relocated to Los Angeles to join the Board of Directors, and serve as General Counsel, for Alchemy Communications and International Microcomputer Software, Inc. (later known as Broadcaster, Inc.). Alchemy Communications owns and operates multiple data centers and Broadcaster was a social media network.  In 2007, Kathryn accepted the position of Counsel, Legal Affairs, with The Walt Disney Company/ABC where she focused on prime-time unscripted television production, marketing and promotions.  Representative shows included: “The Bachelor,” “The Bachelorette,” “Dancing with the Stars,” and “Jimmy Kimmel Live!”.   Kathryn managed her own family law practice for several years in San Diego, California, and is Of Counsel to an entertainment law firm in Los Angeles.

Kathryn is currently admitted to the Washington State Bar, the California State Bar, and the United States District Court for the Southern and Central Districts of California.  She has also been a member of the Honorable Fiorenzo V. Lopardo American Inn of Court. She is passionate about her volunteer work as a Court Appointed Special Advocate for Children/Guardian Ad Litem in the King County Juvenile Court where she advocates for children in the foster care system.  In her spare time, Kathryn competes in sprint-distance triathlons and enjoys spending time with her husband and three dogs.