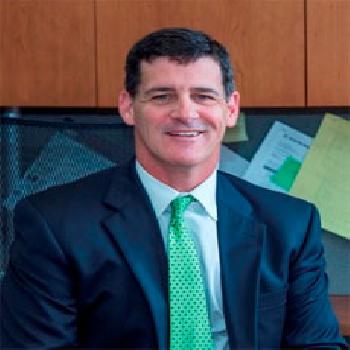 Mike is a graduate of the University of Virginia School of Law (J.D., 1992) and the University of Notre Dame (B.A. 1989). He is a principal/owner of Shevlin Smith. He specializes in medical malpractice and serious personal injury cases. Since 1994, he has handled a wide variety of medical malpractice cases.  These cases include claims against physicians, hospitals, therapists, and nurses for injuries that have innvolved wrongful death and major physical injuries such as permanent brain injury, spinal cord injury, dealyed diagnosis of cancer, nursing home errors and radiology interpretation errors. Prior to joining Shevlin Smith, Mike was a prosecutor for Fairfax County from 1992 - 1994.  Mike has received numerous recognitions from his peers, including the yearly selection as a Virginia Super Lawyer for Medical Malpractice and General Personal Injury since 2008; yearly selection as a Washington, D.C. Super Lawyers for Medical Malpractice and General Personal Injury since 2015; yearly selection as a Top 100 Trial Lawyer since 2010; and an A-V rating from Martindale Hubbel.  He has also been inducted into the Million Advocate Forum and the Multi-Million Advocate Forum for awards received on behalf of his clients.