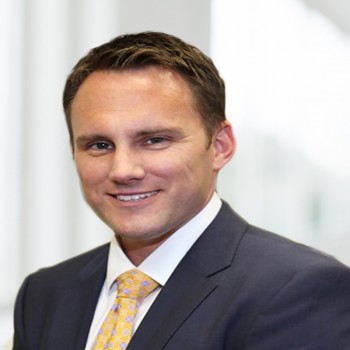 Mr. Saile enjoys representing real people against big and powerful auto insurance companies. Mr. Saile takes great pride in knowing that through his hard work, he has the opportunity to make his clients’ lives better.

Within the first 10 years of his practice, Mr. Saile’s legal expertise has been featured on the Consumer Advocate’s TV show which was broadcasted on the ABC, NBC, FOX, CBS networks.  Mr. Saile has also been heard speaking about injury law on KYW News Radio 1060 and 1210 AM’s The Big Talker.  Mr. Saile has also been interviewed or featured in Philadelphia Magazine, The Daily News, The Bucks County Courier Times, The Intelligencer, Philly.com, and CBSPhilly.com.

Mr. Saile is the published author of two books on personal injury law.  His first book titled “Don’t Crash Again!”. This consumer-oriented guidebook addresses many common questions and concerns of injured car accident victims.  Mr. Saile’s second book is titled “Not Another Bad Lawyer” is an injured victim’s guide to finding the perfect lawyer for them and their case.  Mr. Saile is the author of the PA-NJ Car Accident Lawyer Blog.

Mike’s hard effort was recently recognized in Suburban Life Magazine when he was chose for its recent cover shot and two page story on how Saile & Saile LLP is different from the stereotypical personal injury law firm.

Mike has been recently received the AV® Preeminent™ attorney rating from internationally recognized peer ratings reviewer, Martindale-Hubbell® for his work in personal injury and DUI practice areas. This is the highest rating available. The distinction is a testament by which his peers rank him at the highest level of professional excellence in five key areas: legal knowledge, analytical capabilities, judgment, communication ability, and legal experience.

Mr. Saile has been named as a Rising Star-Super Lawyer multiple times. This means that his peers and colleagues have recognized him as one of the top up-and-coming attorneys (under 40 years of age) in the State of Pennsylvania. This designation is only given to 2.5% of lawyers in Pennsylvania.

Mr. Saile has also been named to Pennsylvania’s Top 40 under 40 by the National Trial Lawyers Association. Membership into The Top 40 under 40 Association is by invitation only and is extended exclusively to those individuals who exemplify superior qualifications, trial results, and leadership as a young trial lawyer.

Mike was named 2012’s Bucks County’s Most Happening Lawyer by the Most Happening website for Bucks County.  Mr. Saile was also recently recognized as Bucks County’s Top 40 under 40 for his business skills and success and for the fact that he gives back to the local community.  Mr. Saile is currently a board member of TODAY, Inc. a local non-profit organization that helps teens and adults recover from substance abuse problems.

Mr. Saile is a member of both the Pennsylvania and New Jersey Associations for Justice, which are groups of personal injury lawyers who work to improve our civil justice system.

Mike is married to Caterina, currently a criminal prosecutor and is the proud father of his son Joey and his twin boys, Michael, III and John.  In his free time Mike enjoys spending time with his family, making homemade wine, golfing, exercising, fishing, winter sports, and traveling.