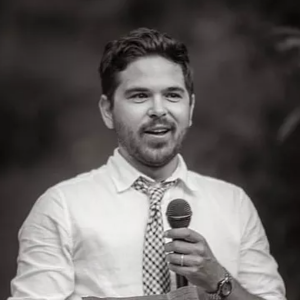 Benjamin Heston is a Southern California native who attended the University of California, Irvine, where he received a Bachelor’s Degree in 2009. Mr. Heston continued to follow the family tradition and attended Southwestern Law School in 2010, where he earned his Juris Doctor in 2013. While in law school, Ben was President of the Southwestern Animal Law Society as an advocate for animal rights, as well as a contributing member of the General Relief Advocacy Project assisting homeless and other less fortunate individuals with accessibility to public social services, Public Interest Law Committee ensuring that landlords of low-cost housing are in compliance with safety and rent regulations, and National Lawyers Guild which engages in a wide range of social activism. Shortly after graduating, he was admitted to the California State Bar in 2014 and has since been admitted to the United States District Courts of the Central, Southern, Eastern, and Northern Districts of California.

After being admitted to the State Bar, Ben was elected as Vice President of the Riverside County Barristers Association, a group which helps new attorneys to get educated and acclimated to the practice of law. He is a member of the Inland Empire Bankruptcy Forum, Orange County Bankruptcy Forum, and National Association of Consumer Bankruptcy Attorneys. Ben has been a presenter on bankruptcy topics for the Peter M. Elliott Inn of Court, the Riverside County Barristers Association, and the San Bernardino County Bar Association. He has also been licensed as a real estate broker since 2019.

Ben believes that bankruptcy relief should be available to all who deserve it. He demonstrates this commitment by helping the under-served community and regularly volunteering his time and services through the Public Law Center and Riverside Public Service Law Corporation and he has led a personal financial management course for inmates at the California Institution for Men in Chino.

Benjamin lives in Irvine with his wife, Lacey, who is currently working to obtain a doctorate in sociology at the University of California, Irvine, and their two young sons, Elijah and Ezra.

Questions and Answers about bankruptcy

How often can you file bankruptcy?